How OTT Platforms Helps the Film Industry During The Corona Virus Crisis?

As the repercussions of the COVID-19 pandemic sit albatross-like around the world’s neck, the film industry is only the latest to feel the brunt. Cinemas have closed, premiere dates postponed, budgets slashed and production stalled. On all fronts, the wake of the virus has been compared to a battle, the effects of which have set the film industry back by a whopping US$7 billion in box office earnings alone.

As concerns balloon over the future of film, the playing field has been turned over to video streaming services bringing distraction and entertainment to the comforts of people’s homes. Nowadays, there are many OTT platforms in India that have become household names, from international entries such as Netflix to homegrown challengers such as HotStar.

“With everyone hooked to streaming content, several filmmakers, distributors, and producers said that they are considering taking the OTT path, instead of waiting for theatres to reopen.”

Yet the existence of the OTT streaming platform, that many tout as competitors to traditional cinema, might lead to better days for the film industry. This is especially seeing that cinema and film-watching, which thrives on people coming together under a common roof, cannot function the same way it has until the virus struck. Indeed, this may well mark the beginning of a change in streaming habits and movie-watching come the next few months.

How OTT Platforms Helps the Film Industry During COVID19 Lockdown?

Here is a glimpse at why movie streaming services and OTT platforms in India can support the film industry while the country holes up against COVID-19.

The lines between cinemas and home theatres are growing more and more blurred with every advancement in technology. An OTT video streaming platform today has the potential to, if not match, come very close to providing a cinematic experience. Surround sound systems, massive televisions and virtual reality devices have made sure of this.

At this point in time, an OTT platform might even offer VIP chances to watch a film without others in the vicinity, in the comfort of one’s own home. While this might not match a cinema in terms of thrill and excitement, it does allow filmmakers to showcase their work in the next best possible way. It also validates the efforts and money that have gone into the making of a film.

Reaching Audience Directly at their Homes

Cinemas have long relied on people coming out to watch films and munch on popcorn; movie streaming services don’t need this, because they venture directly into people’s homes. Depending on the subscription and the choice of the OTT platform, video streaming is now accessible on screens big and small for a nominal fee.

Many platforms also offer shared screens and multiple parties, extending the streaming privilege outside homes. Add to the mix the third-party apps that allow for simultaneous streaming, much like a movie party, and you have a near-perfect cinematic experience.

“Amidst the global lockdown, OTT viewership is significantly increasing. According to a recent survey, 46% of viewers are watching more video content online.”

Naturally, this makes films much more accessible to people even as they’re locked up in their homes, and this exponentially increases a film’s reach and possibly revenue.

With video streaming services, barriers of geography and languages are all the more blurred. Filmmakers can make their work accessible to millions across the globe through a single OTT streaming platform that they’re subscribed to.

Naturally, this opens wider doors and brings in a more diverse revenue as compared to local and national-level screenings. The best OTT platform in India today will have films and shows from across the globe, with accurate subtitles in languages of a viewer’s choice.

A global reach is no doubt advantageous to a filmmaker, especially those with slashed marketing budgets or a penchant for flouting traditional distribution rules.

The powerful analytical tools that video streaming services possess may expose a film to a far wider audience than the team would have expected, which naturally means more eyeballs for the cast and crew and a better global standing. And in a changing world, where a non-English film bagged Oscars and made history, blurring boundaries may be just the blessing indie and conventional filmmakers need.

Fighting Against the Online Piracy

While major video streaming services pull out all the stops to reach cinephiles across towns, a darker consequence has been the mushrooming of illegal streaming platforms. Piracy is a definitive threat to the entertainment industry, with hordes of film ‘pirates’ piggybacking off the success of movies and film crews to their own ends.

Piracy has cost the global film industry millions and the trend is more threatening than ever now when the world turns to their internet connection in desperation.

It is now imperative for film studios and stakeholders to collaborate with authentic OTT video streaming platforms to negate the threat of piracy. By making their films available through legitimate sources, they are less likely to take a hit in revenue than they would be, had they continued the way they were. OTT platforms are a way out. After all, while theatrical releases continue to account for a major chunk of revenue, digital rights are moving fast up the ladder due to the massive reach for lower marketing budgets.

The challenge for OTT platforms is to continuously roll out new content to retain subscribers as well as keeping content for new subscribers. Film industry stakeholders could consider forming a symbiotic relationship to ride with the tide until the storm brews over.

OTT streaming platforms feature prominently in the world’s future. Get in on it by signing up with GudSho. 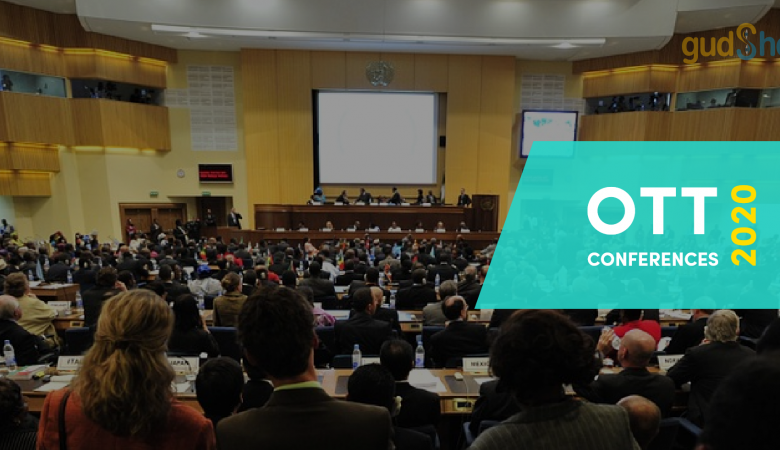 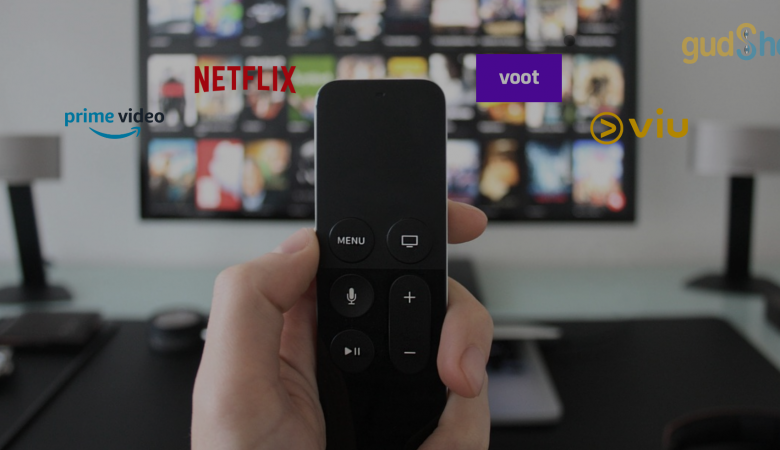