Most people see adult content as taboo and shun away from it. It is a topic less explored and left to the imagination of people. With the re-entry of adult content infused comically in Tamil Cinema, they are now setting the box office on fire. There has been a good reception for the movies on adult comedy genres with restrained vulgarity. It is the right proportion of sleaze and glamour having the ability to bring laughs among the youngsters in an entertaining way.

Movie buffs are now able to taste the comic sense laced with an adult touch just like the icing on the cake. Although these genres never made it big in the past, many producers and directors are lining up to bring out more such movies with Adult comedy genres having a tremendous fan base here.

In this write-up, we take a look at the Five best adult comedy movies in Tamil cinema that have made the headlines with their eye-grabbing sensuality and comic flavor to entertain the masses.

The film revolves around the life of Jeeva (G.V Prakash) who is madly in love with his childhood friend Ramya (Anandhi). When there is a break-up between them, Jeeva goes out and moves ahead with his other childhood friend Aditi (Manisha Yadav). Surprisingly, even she ditches him and Jeeva gets back to wooing Ramya again with the help of his uncle Vishu (VTV Ganesh) and Ramya’s aunty (Simran) acting as love gurus. But he ends up as a pathetic loser. The best aspect that works in favor of this movie is that it gives a comic touch to the glamour and is cheeky about being sexist and crass. It wears the ‘A’ certificate as a badge of honor and boasts about it entertainingly. There are many insinuations, double-meaning dialogues, adult comedy, and misogynist dialogues used in the movie which is harmless and turns out to be a laugh riot. And the film also has many moments of absolute absurdity for example in scenes such as three pregnancies are happening at the same time, an MGR look-alike who takes charge, a brick psycho who throws bricks at everyone at random instances making the scenes very funny for the audience to enjoy. On the whole, you should never miss out on this movie as it promises the youngsters a guaranteed laugh riot with glamour infused at the right places. Director Adhik Ravichandran’s Trisha Illana Nayanthara tops our list of the best five adult comedy movies in Tamil.

Grab some popcorn this weekend to watch it with your girlfriend by subscribing to GudSho.

The movie begins with five teenage boys who are very thick friends right from their childhood and live in the same locality. They are in their adolescence exploring sex just like every other teenager. All these boys fantasize about girls, enjoy touching them in crowded areas, boozing, browsing adult content or books, and even going to the extent of exploring it with call girls but their innocence prevents them from making any mistake. Munna (Siddharth)  falls in love with Harini (Genelia) and tries to woo her. After seeing his efforts, she falls in love with him. When their parents come to know about their love, they separate them as well as their friends. Subsequently, both of them elope to Tirupati to get married with the help of their friends. As a result, they all get sent out of their homes. The reality of life hits them hard and they start working together to make a living. How they succeed with their life despite all their odds, misunderstandings and make it big into the music industry with their album forms the rest of the story. In this movie, Director Shankar talks about the rebellious youngsters showing their sexual urge, friendship, love, life, and success with a valuable message for this generation.

An 8-year-old boy Pappu (SJ Surya)  runs away from home as he feels enraged by his mother (Devayani) and her nagging nature. He heads straight to a lunatic scientist (Manivannan) and gets transformed into a 28-year-old guy with the brain of an 8-year-old. In Pappu’s newfound adulthood, he explores everything and falls for Priya (Simran) and thus begins an unwitting love affair. Priya is the daughter of a leading toy store magnate and eventually gets a job as a designer at the same toy store. There are plenty of comic elements in this plot as the happenings in the movie are from an 8-year-old boy’s perception involving double-meaning dialogues, ample glamour from the actresses, and a mother-son sentiment that keeps the audience enthralled from the start till the end. The director (SJ Surya) broke the stereotype of a typical fantasy film by mixing it with the adult comedy genre and gave a sleeper hit for the Tamil audience in 2004.

The film is about the love story of a soon-to-be-married couple Raghu (Prasanna) and Meera (Lekha Washington) who try to overcome their problems before their marriage. Raghu suffers from performing anxiety syndrome in sex and the future ideas of his post-marital life crumbles. He gets insecure and starts panicking. Meera and his friends stand by him and help him overcome his issues. Modern-day romance is put against the traditional values in the family. The rise of havoc in the wedding brings laughter showcasing the traditional shortfalls in the family. The director (R.S Prasanna) highlights the trivial things that people fight for in love and lets the audience choose the right and wrong without being preachy with the movie. The characters in the movie make you smile, think and act applying it to their personal lives.

The love in Kalyana Samayal Sadham is adapted to modern times with the right mix of adult content and comic elements to satisfy the cinematic appetite. Have you ever wondered what would you do if you experienced the same situation before marriage?

Manmatha Leelai (1976)- “The wild fantasies of every married man”

It is the story of Madhu (Kamal), a womanizer who despite being married woos other women. Madhu’s life turns upside down when he comes to know about his wife’s (Halam) dilemma. Madhu is lucky to get the friendship of many lucky and attractive women.  When Madhu’s wife gets to know about his extramarital affairs, she leaves him and applies for divorce. The realization of his marital life with his wife forms the rest of the story. The movie is a brilliant work of art showcasing glamour and comedy with an extraordinary screenplay.  The director K.Balachander gives an elegant undercurrent of humor throughout the movie. The moral of the movie defines the very meaning of marriage. This is a highly recommended movie for all the newly married couples and mid-life married couples to rekindle their romance and stick to their marriage vows sincerely. 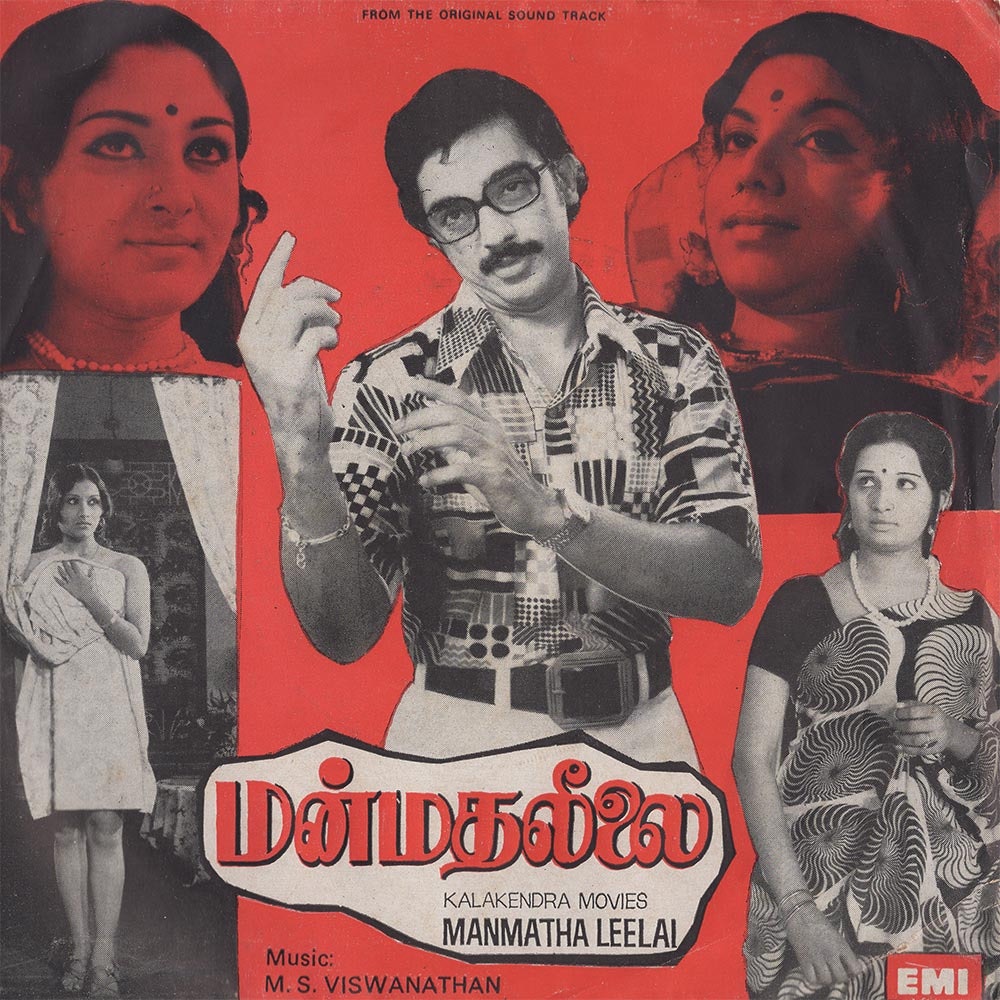 Many such movies are awaiting their release post-pandemic. Distributors and producers find it more profitable to release these films on OTT platforms as there is a huge response here. GudSho is one such social OTT platform for releasing movies and lets you watch the new releases and all-time hit movies of the Tamil cinema.

To make sure you don’t miss out on these five best adult comedy movies of Tamil cinema, you can now watch Manmatha Leelai and Trisha Illana Nayanthara on GudSho. 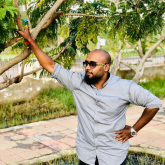 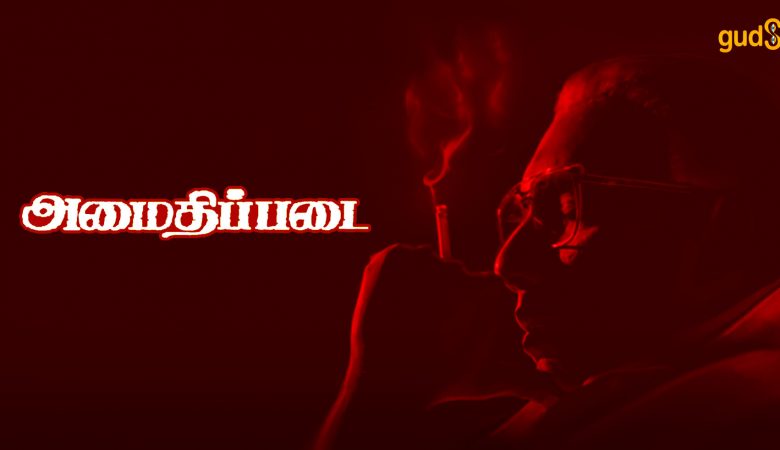 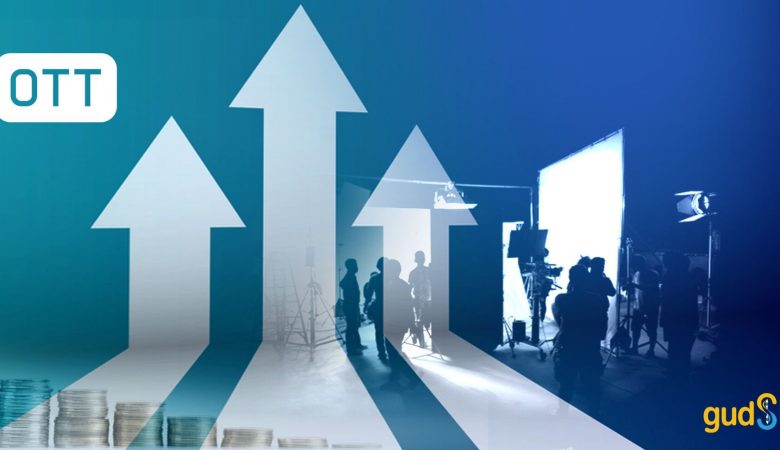 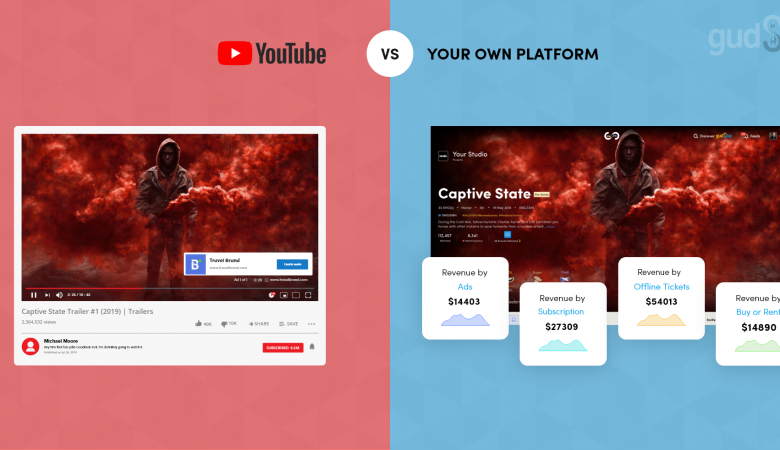